The 3D digital microscope (Keyence VHX) incorporates three-dimensional image capture, image stitching, and quantification capabilities to capture details and produce images not attainable by traditional optical microscopy. Optical microscopes normally limit a microscopist’s observations to a single plane of focus at any given time. The Keyence microscope has the ability to scan an object through multiple focal planes and compile this data into a three-dimensional image that is entirely in focus (even from an object with significant variation in its surface height). This permits the observer to visualize features at a level of magnification that can’t normally be obtained.  The image of the skull and teeth below illustrates the incredible depth of field that is obtainable. 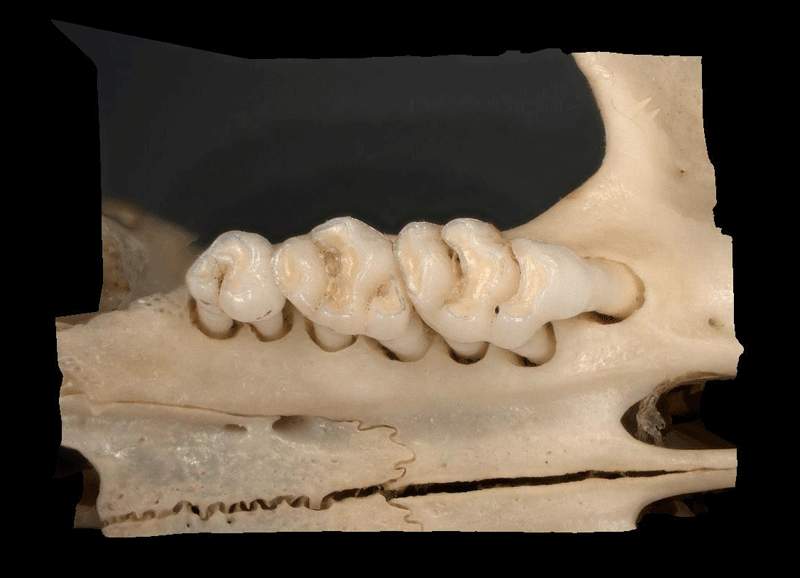 This technique is applicable not only to larger object such as the skull above, but also to objects as small as diatoms, hair, minerals and other objects that might be studied by light microscopy.  The depth of field at higher magnifications (up to 2000x) can be observed entirely in focus using a step size as small as 0.1 micrometers.  Below are several examples that show the detailed features of several entire particles that can be observed at once, entirely in focus.

For larger objects, multiple, in focus images can be stitched to create a montage showing a larger image while retaining the detail visible in higher magnification images.  The fly wing, shown below, illustrates one example in which approximately 60 smaller images were combined.  Zooming in on an area of the original image (inset) shows that the detail is retained.

In addition to producing images that are in focus, the data collected from the scanning process can be used to extrapolate a 3D image, which can be viewed from from different angles.  For example, a 3D image permits the observation of indentations and other features not necessarily obvious in a traditional 2D image.  Below, is an image showing the indentation from two intersecting lines.  From the proper angle, it is possible see the order in which the lines were written, a common question in document examination cases. 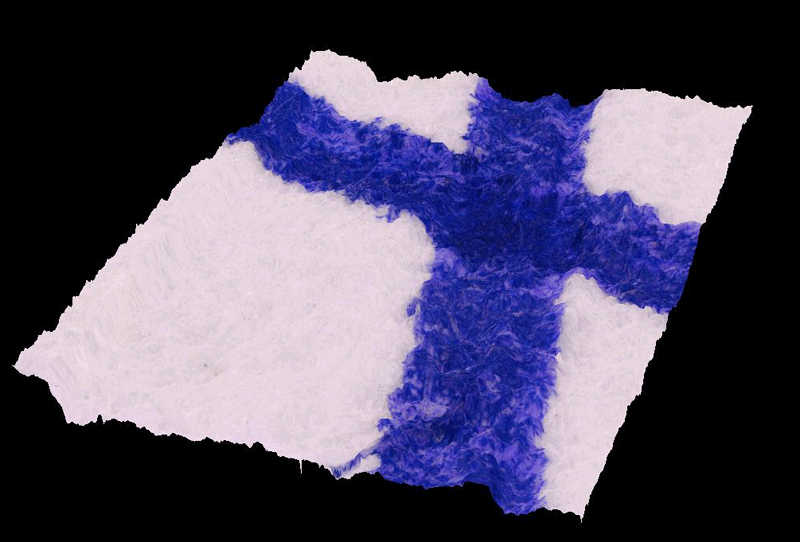 Also, measurements of distance, angle, and circularity can be made from 3D surfaces  Shown below is a portion of a bracelet produced from several images that have been stitched together.  From this data, a profile of the surface can be recovered and measured.  Quantitative microscopy, including particle size analysis, can be conducted in an automated fashion. 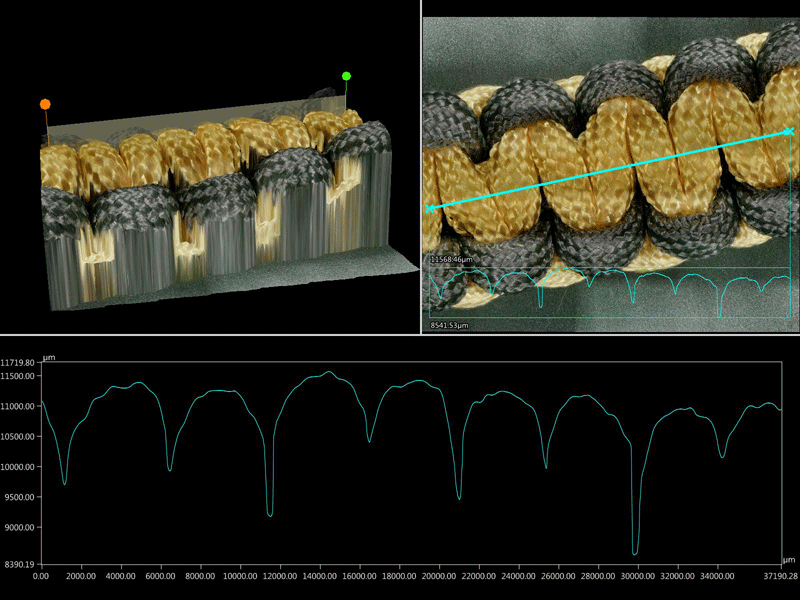 Such profiles can also be measured on the scale of micrometers, as shown for the diatom below. 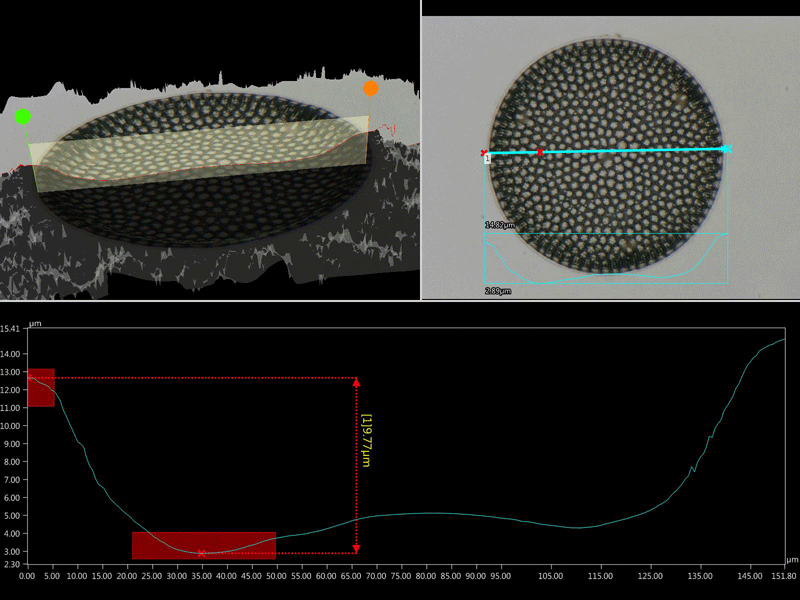