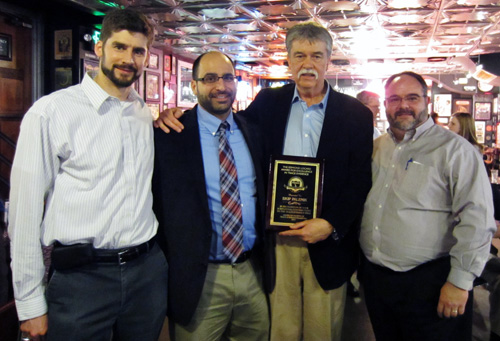 Special thanks to the American Society of Trace Evidence Examiners for featuring the 2013 Locard Award presentation made to Skip Palenik at the ASTEE banquet in Seattle Washington at the Annual American Academy of Forensic Sciences.

A portion of the award presentation featured in the journal is a message from the President of ASTEE, Andrew Bowen (United States Postal Service Forensic Laboratory) (link) (ASTEE Journal, June 2014).

1. Encourage the exchange and dissemination of ideas and information within the field of trace evidence through improving contacts between persons and laboratories engaged in trace evidence analysis.

2. Stimulate research and the development of new and/or improved scientific techniques for forensic trace applications.

3. Promote high standards of performance and professional ethics, and to acknowledge persons working in the recognized forensic science field of trace evidence.