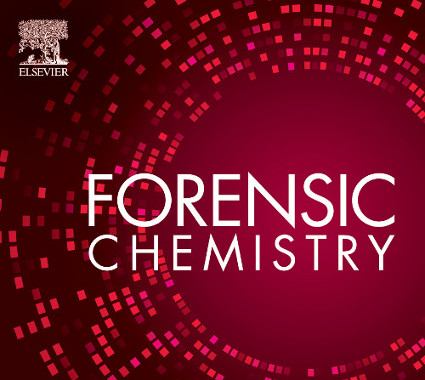 The May 2018 edition (volume 8) of the journal Forensic Chemistry features a research article co-authored by three Microtrace scientists. Ethan Groves, Chris Palenik, and Skip Palenik contributed to the article entitled, “Reproducibility of high-performance thin-layer chromatography (HPTLC) in textile dye analysis.” In the article, the authors work with variables affecting the precision of data gathered from Thin Layer Chromatography (TLC). They demonstrate that control of several critical variables can permit high-level reproducibility of results that can be exploited for the development and utilization of reference databases- opening a pathway for the use of forensic dye analysis as an investigative tool, rather than one exclusively restricted to comparative analyses.

The full article can be found here.

In the forensic comparison of dyed fibers, thin-layer chromatography (TLC) is one of the few analytical techniques that have proven sensitive enough to detect and separate the minute quantities of dyestuffs present in single fibers. The method has become well-established by trace evidence examiners as a means of further distinguishing fibers whose colors appear to be the same by both comparison microscopy and microspectrophotometry. As practiced at present, the forensic analysis of dyes is limited to a comparison of the separated dye bands from known and questioned fibers performed on the same TLC plate. It is recognized, however, that retardation factor (Rf) alone is not sufficient proof of identify. The limited use of investigative TLC analysis in forensic fiber examinations is due in part to the range of uncontrolled or poorly defined variables that affect the reproducibility of the developed plate. Through the study of a six component test dye mixture developed on over 50 high-performance thin-layer chromatography plates, the effects of several critical variables that affect reproducibility and resolution, including: plate selection, pre-elution, tank saturation, developing distance, and eluent stability have been evaluated.

When considered collectively, the results of this research provide a means for acquiring and archiving repeatable data, both from casework and known reference samples collected on different plates and at different times. These provide a pathway for the development and utilization of reference databases for the identification of dyes. The empirical uncertainty established for the generalized separation procedure used in this research provides objective guidance for evaluating the significance of associations (or eliminations) made on the basis Rf. Ultimately, this research also opens a pathway to the use of forensic dye analysis as an investigative tool, rather than one exclusively restricted to comparative analyses.

Forensic Chemistry publishes high quality manuscripts focusing on the theory, research and application of any chemical science to forensic analysis. The scope of the journal includes fundamental advancements that result in a better understanding of the evidentiary significance derived from the physical and chemical analysis of materials. The scope of Forensic Chemistry will also include the application and or development of any molecular and atomic spectrochemical technique, electrochemical techniques, sensors, surface characterization techniques, mass spectrometry, nuclear magnetic resonance, chemometrics and statistics, and separation sciences (e.g. chromatography) that provide insight into the forensic analysis of materials.

Evidential topics of interest to the journal include, but are not limited to, fingerprint analysis, drug analysis, ignitable liquid residue analysis, explosives detection and analysis, the characterization and comparison of trace evidence (glass, fibers, paints and polymers, tapes, soils and other materials), ink and paper analysis, gunshot residue analysis, synthetic pathways for drugs, toxicology and the analysis and chemistry associated with the components of fingermarks. The journal is particularly interested in receiving manuscripts that report advances in the forensic interpretation of chemical evidence.

This research was partially supported by a National Institute of Justice (NIJ) award in the area of “Research and Development in Forensic Science for Criminal Justice Purposes.”